About Us » Staff Achievements

San Jacinto Valley Academy is honored to have such a high quality and dedicated teaching staff helping our students achieve academic success. Please view some of our staff achievements below.
California Charter Schools Association 2020 Hart Vision Teacher of the Year

In a video conferencing event hosted by the California Charter Schools Association, SJVA IB English Teacher and Dean of Secondary Education Mrs. Marissa Espinosa was announced the 2020 Hart Vision Teacher of the Year. Espinosa is the second SJVA teacher to receive this award since 2012, which was earned by Elementary Teacher and Primary Years Program Dean Mrs. Kelly Perez.

"She is one of the best teachers that we have here in San Jacinto," says Mayor Pro Tem Crystal Ruiz, "[She] went up against thousands of highly qualified teachers, and she came out on top."

Included below is a video of the CCSA announcement along with a letter sent to the SJVA community and published articles recognizing Espinosa's achievement in the Hemet and San Jacinto Chronicle as well as The Press-Enterprise. 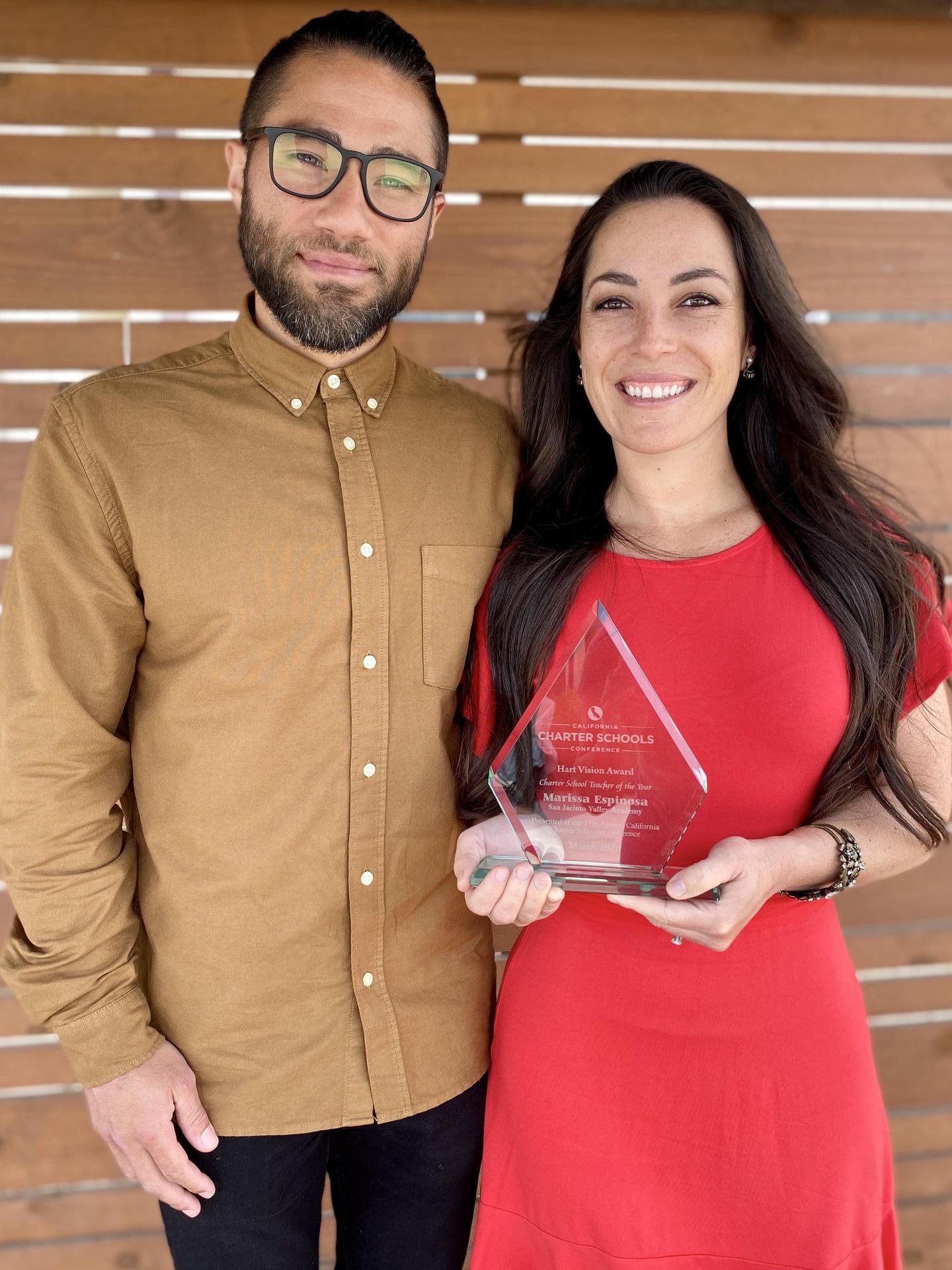 Here is a photo of Mr. and Mrs. Espinosa holding the CCSA 2020 Hart Vision Teacher of the Year Award.